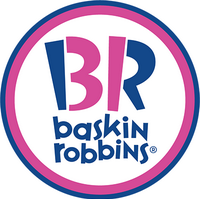 Andy's Frozen Custard has always been fanatical about custard, and has served it with pride since March 19, 1986. For more than three decades, only the freshest ingredients have been used for a frozen custard experience you can’t get anywhere else.

Our gelato on a stick is a fun concept and is all natural, easy to eat, and customizable to your own individual choice. A kid-friendly treat which is easily replicable, yet freshly made daily on site to provide an eventful, personalized and memorable experience. Popbar offers a timeless product that caters to all demographics. Owning your own Popbar location will give you the opportunity to grow into a successful and continuously expanding brand in your own market.

Daddy O’Brien’s opened its doors in January of 2017 in Sugar Hill, Georgia. The operating unit has since become the hottest new destination in Metro Atlanta, offering national award-winning homemade premium alcohol-infused ice creams as well as family-friendly flavors with the flare and style of the modern day.

Launched in 2008, 16 Handles was New York's first self-serve pay-by-weight frozen yogurt shop and is still #1 in the city. We give our customers complete and total control over their creation with 16 different frozen yogurts and over 50 different toppings, with a menu offering products like Fro-Yo Cakes, Mega Mixes (take home pints), Toppings to Go, Fro-Yo Sandwiches, Whip-Ups, Waffle Bowls and Cones, Fruit Smoothies, Fro-Yo Hot Cocoa, and more!

Jerry Hancock used his background in chemistry to develop a method of flash-freezing ice cream using liquid nitrogen. He and wife Naomi opened the first Sub Zero Ice Cream in Orem, Utah, in 2004, using this technology to offer customers the chance to customize their ice cream by choosing their milk base, flavors, mix-ins and texture. Sub Zero also offers a liquid nitrogen science education program that can be brought to schools.

Yogurt Mountain is a leading operator and franchisor of self-serve frozen dessert establishments. Fun, energetic and friendly, each Yogurt Mountain location offers a variety of high quality ever-changing frozen dessert flavors, an assortment of over 60 exciting toppings as well as other dessert accompaniments; all of which tempt the self-serve guest to explore their creative side and imaginatively tailor their YOMO experience with each visit.

Mora’s ice cream has been enchanting guests and garnering praise since we first opened our doors. With a high-quality product, an efficient business model and the full support of a passionate franchise team, this is an opportunity you'll want to savor.

Here at Kona Ice, we know why we’ve succeeded and reached these ranks of the #1 New Franchise (Entrepreneur Magazine 2013), top in Franchisee Satisfaction (Franchise Business Review and Franchise Update), #1 in Category (Dessert Franchise in Entrepreneur Magazine) and made the Fastest Growing List for the past five years. We don’t think it’s luck at all. It’s the combination of a fresh concept, strong corporate support with a vision, and a desire to make the world a better place.

Forever Yogurt first opened in June of 2010, and catapulted instantly to become the leading frozen yogurt provider in Chicago. We are an aggressive company, in touch with the young society, and we possess the social marketing and media demands required to grow in this industry. We will continue with an aggressive national and international expansion plan.

Menchie's shops offer self-serve frozen yogurt in 100 rotating flavors, including low carb, no sugar added, dairy free, nonfat, gluten free, and kosher options. Founders Danna and Adam Caldwell came up with the company's name from the nickname Adam gave when they were dating. They opened their first store in Los Angeles in 2007, and began franchising a year later.

di’lishi is the creation of Marlo Francis from Asheboro, NC. Her first experience with frozen yogurt came after her son told her about discovering the self-serve concept in a neighboring state when he left for college – and he was eager for her to try it when she planned her next visit.

In 1934 Tom Carvel opened his first ice cream shop in Hartsdale, New York. Over the years, he developed formulas and equipment for creating and serving his ice cream. The company started franchising in 1947, and by 1951 had opened 100 stores.

Waffy’s is a unique fast casual food concept that focuses on the world of Belgian waffle with a new twist to it. Our menu offers an array of Belgian waffles that can be enjoyed at any time of the day with both sweet and savory options.

In 1980, Mrs. Betty Vhay became the new owner of Applegate Farm. In an effort to oversee all aspects of the business the Vhay family moved into the original farmhouse.

Growing up, hot summer nights, hoping that tonight the family would go out for ice cream. It-s what inspired our family to create Sweet Pea homemade ice cream.

A sweet experience for all ages, Schwietert's is a family-owned ice cream, candy and confectionary store based in Cannon Beach, Oregon. Founded in 1985 and offering a wide selection of homemade fudge, chocolates, espresso/coffees, retro candies and sodas in a vibrant, exciting environment, the second-generation business offers complete turnkey franchise opportunities in 23 states.

The first Pinkberry opened in West Hollywood in 2005, and the company began franchising the next year, expanding primarily in Southern California and New York at first. Pinkberry now has locations throughout the country and around the world, serving both frozen and fresh Greek yogurts with a variety of toppings, along with yogurt smoothies and shakes.

After years of research, mobile operations, and proving the concept in local farmers markets, Gelato Gourmet first opened in 2015 in Weston, Florida. The philosophy was simple; to produce gelato and sell it in the same day, so it would not need any artificial ingredients or preservatives

Welcome to the magic of Sloan’s…where fantasy becomes reality! It all started with our first location in West Palm Beach, Florida in 1999. Our goal was to create an ice cream utopia for the young and young at heart.

Donald and Susan Sutherland opened the first Cold Stone Creamery in 1988 in Tempe, Arizona. Franchising began in 1994, and the company is now owned by Kahala, which also franchises Blimpie, Surf City Squeeze, TacoTime and other concepts. Each Cold Stone store makes its ice cream fresh daily, and the ice cream is blended by hand with fruits, nuts, candy, cookies and more according to customers' requests.

In 1984, former firefighter Bob Tumolo opened his first Italian ice store in Bensalem, Pennsylvania, naming it after his wife Rita. His mother helped him make the Italian ice, and his brother John helped him open three more stores over the next three years, all in the Philadelphia area. Customers began asking about how to open their own Rita's Italian Ice, so Tumolo began franchising in 1989. Today the chain offers frozen custard, gelato, milkshakes, frozen drinks, sundaes and other frozen treats in addition to its ices. Argosy Private Equity and MTN Capital acquired Rita's Franchise Company in 2017.