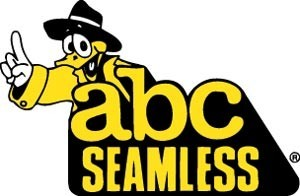 ABC Seamless is the World's Largest Seamless Siding Company. Our systems are designed to take a craftsman and make him into a successful business owner. We have more than 100 dealers across the nation and invite you to call us today to see how YOU can become our next success story.

People choose a franchise for a number of different reasons, but according to national statistics 95% of independent businesses fail while nationally less than 5% of franchises fail.  The reason is simple.  A quality franchise organization like ABC Seamless can teach you:

A franchise organization should also give you:

ABC Seamless also offers a true exclusive product and exclusive territory.  Unlike many others in the industry, once we place a franchise in an area we do not sell machines to independents that can compete against them.

It is because we do these things that so many ABC Seamless franchisees are consistently listed in the Qualified Remodeler Top 500.

By joining the ABC Seamless Franchise system, you will be a part of an organization with a previous track record in the home improvement industry, which has received regional and national recognition for its efforts.

Many franchises have received accolades as well, as over a dozen ABC Seamless locations in our system were recognized in the 2010 Qualified Remodeler Top 500 companies. Businesses that make this exclusive list are recognized for six criteria of success: Annual sales volume for the year, total number of years in business, association service, certified personnel, community service and industry awards. Four franchises were also positioned in the Replacement 100 by Replacement Contractor magazine.

In addition, ABC Seamless and its franchises are highly regarded in the industry, as we have been quoted and used in many national publications such as Bands of Steel and Consumer's Digest.
Knowing the strong reputation of ABC Seamless and its franchises, you should call or fill out our online form to get more information about a future relationship with our company.

When you are ready to get the ball rolling on your new ABC Seamless franchise, our business launch team will be there to guide you every step of the way. We introduce the franchisee to our products and demonstrate how those products work, and then the legal issues are finalized. Every aspect of ABC Seamless is reviewed, making sure all questions are answered. We also assist the new franchisee in setting up their territory.