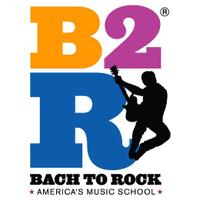 Music is more a part of our culture than ever before. It’s everywhere, from iTunes and Spotify to national talent contests like “The Voice” to music-centric movies like “Pitch Perfect” & “Sing” and all-in family video games like Guitar Hero and Rock Band. Take a casual glance at Instagram, Facebook or YouTube and you’ll see lots of young musicians singing and performing popular songs.

Enter Bach to Rock, a unique national franchise in what we think is one of the most underserved segments of the franchise industry: music education. We run profitable music schools by scrapping what kids hate about music lessons and incorporating more of what they want.

Unlike traditional music instruction, we also turn music into a team sport. Bach to Rock employs a unique approach to music education that allows children to explore the kinds of music they love and then play that music with other students in bands that perform in public spaces. Students are much more motivated to learn when they’re playing the music they want to play and surrounded by bandmates. Picture being a seventh-grader who wants to learn guitar. You go to Bach to Rock and you immediately start learning to play the songs on your phone. Then you are introduced to your bandmates: Joshua is on the drums, Isabella is lead singer, Daniel is on the bass, and Hanna is on the keyboards and sings backup. You play together as a group, music blaring, amps turned up high. At home your parents scream: “Keep the racket down! We can’t hear ourselves think!” But your Bach to Rock teacher encourages you turn it up and let it rip. Then the lesson is over. Would you want to come back the next week? Can you see why we are successful?

Bach to Rock Director of Curriculum Aaron Schmidt says he always turns to the sports team analogy when describing the advantages of the Bach to Rock approach.

“If I’m learning to play basketball, I can go to the end of my driveway and shoot hoops for hours, which is great because it will help me with my accuracy. But if I don’t ever go to practice, then I don’t know how to interact with my teammates,” Aaron says. “So having that band element gives you that social interaction with other kids, other musicians, in a creative environment where you get to play music and make it your own. Even speaking from my personal experience, that was one huge thing that was missing for me. I wasn’t in a band until I was in college, and when I was I thought, ‘Oh, I get this, this is what music is about.’ It is having that sense of achievement and sense of accomplishment when you see what you can do when you are part of a group, part of something bigger than yourself.

The “team” approach to music instruction has made our business model very successful. On average, our students stay in music lessons at Bach to Rock for more than 70 weeks. We generate buzz, which keeps kids coming in the front door. We treat them like stars, which keeps them coming back.

As music and arts are increasingly pushed out of school curricula, parents are willing to spend a lot of money on private lessons. The future looks bright.