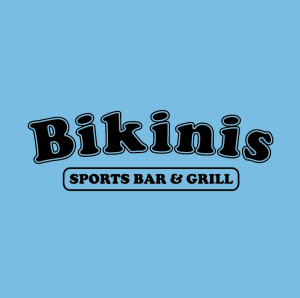 “We’ve been developing our franchise model over the few past years,” said Doug Guller, founder of Bikinis. “And now we’re ready for more growth. We expect we will have at least 25 franchises operating within the next five years.”

Dedicated to their fans (what they call their patrons), Bikinis has proven the existence of a growing market by operating multiple locations for over four years. “Our fans are here for a reason,” explains Guller. “They want to come in during lunch or after a hard day’s work and be taken care of by beautiful women. Our fans want quality meals, ice cold beverages, and exceptional service while they’re watching their favorite team on huge high definition screens. That’s what we’re all about.”

The franchise program, developed with the help of the Chicago-based iFranchise Group and DLA Piper, will initially be rolled out in states south of the ‘Mason-Dixon Line,’ with national expansion to follow. “The Bikinis concept could easily expand nationwide right away,” according to Kevin Pearson, Director of Franchise Sales. “But our primary goal is to ensure the success of each franchisee – and so we are taking a more conservative approach to expansion.”

Mr. Pearson believes this will be a solid franchise program, based on the company’s experience and what they’re seeing in the marketplace. “Not only does this program capitalize on the growth of the sports bar & grill industry, but it has the support of an established organization behind it,” he said.

“We believe we have the right products, services, and philosophy to achieve our expansion goals,” concludes Doug Guller “As we expand through the addition of franchises, we expect that our market position will only become stronger."