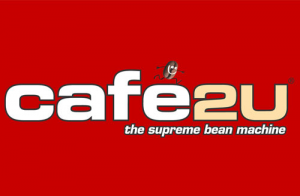 In 2004 Cafe2U was purchased by its current owners, and a strategy was implemented to fully franchise the business. A General Manager was appointed to manage this process. This process involved restructuring and repositioning the business for longevity. This process included the design and feel of the brand itself, the development of the culture and the core values of the brand, defining the key products offered within the model, the development of the franchise documentation, operational manuals and territory modelling systems, as well as Franchise Partner training modules and system food safe accreditations.

In 2005 the franchise business model was complete and Cafe2U was relaunched in the Australian market. At that time Cafe2U had 12 Franchise Partners, all of which were Sydney based. During 2005 Cafe2U commenced a proof of concept in Leeds, UK with a view to expand the brand internationally.

In 2006 the Cafe2U team recruited dedicated Franchise Development Managers to support their ongoing mobile coffee businesses. Recruitment of a dedicated Marketing Manager to assist in the continued development of the brand and an Events Coordinator occurred late in 2007.

By the end of 2006 the Cafe2U Franchise Partner family had grown to 50 in Australia and 6 in the UK.

In December 2006 Cafe2U was rated as one of Australia's top 7 franchise systems by the Financial Review 'Smart Investor' based purely upon Franchise Partner return on investment. This was a result of an independent rating of over 600 Australian franchise systems.

In 2008 Cafe2U appointed a dedicated General Manager of Operations, increasing the Head Office Franchise Partner Support Team to over 10 staff.

The celebrated milestone of 100 franchises worldwide was reached in February 2008.

In December 2009, Cafe2U was awarded the 'Best Value Franchise System' by AFR's Smart Investor Magazine, out of more than 1000 contenders.

In June 2010, Cafe2U launched its proof of concept into San Diego, California.

In June 2011, the Master Franchise for the USA is awarded and in August 2011, the first US Area Representatives were trained at the Cafe2U Academy in Sydney, Australia.

There are currently 115 Franchise Partners operating across Australia with a further 52 operating in England, Scotland, Wales, Northern Ireland and Ireland.