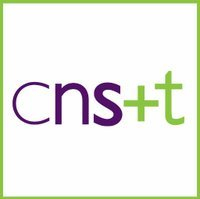 Are you ready to build a successful business doing something that really matters?

While being a "manny" (male nanny), for two active boys in the summer of 2000, Joe Keeley, realized he was more than a babysitter. More than a nanny even. He was a role model for the children in his care with a lasting impact that mattered.

The job became his life's purpose. And in 2001, College Nannies, Sitters + Tutors was founded. Over the last two decades, we've taken that vision and grown to be the nation's most complete, full-service nanny, sitter and tutor resource.

Since then, College Nannies, Sitters + Tutors (CNST) has grown to over 170 territories in more than 31 states nationwide. We are the fastest growing childcare provider in the US and the largest employer of nannies, sitters and tutors. And in 2016, College Nannies, Sitters + Tutors Development became part of the Bright Horizons Family of Childcare Solutions as a wholly owned subsidiary.

In this partnership, CNST is the ONLY preferred in-home partner with Bright Horizon’s to supply sitters for their corporate sponsored back-up care.

With more than 1,100 clients in a diverse array of industries, including 150 Fortune 500 companies like: Goldman Sachs, Facebook, Chevron, US Census Bureau, JPMorgan, Microsoft

Our proven approach has led to one of the fastest growing franchises in the country:

We recruit franchisees who are aligned with our purpose and values, skilled at hiring and motivating teams, can follow a system, and who understand the basics of business. Multi-unit ownership is common; on average, our franchise owners have two or more territories after opening their first community location.

At College Nannies, Sitters + Tutors, we encourage our owners to keep their professional careers – if they wish – but we need a hands-on leader at the helm.  We like to recruit franchise owners that know how to manage the manager, delegate, and lead.

In order to team-build and create the proper culture in your territory you need to be a confident, motivating "people person." For that to work, you need to be able to take direction as well as give it.