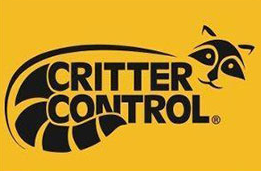 Why would a person looking for a business opportunity choose Critter Control® over a food franchise? It depends on the person. “We will teach a business or salesperson the wildlife industry, or teach a wildlife biologist or someone in a related field the business side,” founder and President Kevin Clark says. “When we first started, most of the people had degrees in wildlife biology. Recently, the trend has flipped the other way.”

Recent franchisees have included a retired IBM executive and a former certified public accountant. “We take businesspeople who are interested in starting their own business and give them the vehicle to be successful in the service sector,” Clark says.

Critter Control® franchisees are hands-on managers rather than investors who hire people to run their businesses. “Our franchisee candidates are looking for solid business opportunities, and this is a growing industry that is recession-resistant,” Clark asserts. “We have experienced double-digit growth system-wide. During the recession, our growth dropped to approximately 5 percent, but we have never experienced a down year. During the recession, we lost around 10 percent of our franchisees and still maintained 5 percent growth.”

Clark estimates approximately 80 percent of the franchisees’ business is residential, with the rest being commercial, industrial and municipal. In some areas, Critter Control franchisees provide animal control services for a municipality.

Franchisees usually make their highest margins by repairing damage from critters. “Raccoons will rip off a roof vent and may go in and defecate on insulation,” Clark points out. “We replace the roof vent, remove the insulation and blow in new insulation. In addition to animal removal, we provide repair of animal damage and exclusion to keep further entries from happening.”

Wildlife repairs and exclusion may lead to additional home services, such as installation of gutter covers, chimney caps, deck cleaning and power-washing. “We’re a service business; our customers know us, like us, trust us and are satisfied with our work,” Clark declares. If customers require another home service from their Critter Control specialist that is a natural extension of the wildlife business, Critter Control will consider it.

With Critter Control you have a proven business model with three decades of operation. You are supported by a company with:

OUR FRANCHISE RANKINGS ARE IMPRESSIVE

Critter Control ranked #35 in the 2013 Franchise Business Review Annual Top 50 Ranking.  In 2010, 2011 and 2012, Critter Control was ranked in Entrepreneur Magazine’s Franchise 500® as a Best of the Best Franchise in America.