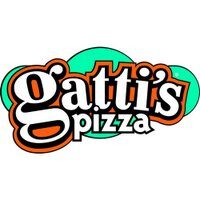 For almost half a century, Gatti’s has been serving up delicious food and delivering family fun to pizza lovers in communities across the country. Our passion for pizza began in September 1964 when Mr. James Eure opened The Pizza Place in Stephenville, Texas. In 1969, he moved to Austin and opened “Mr. Gatti’s” as a tribute to his wife’s maiden name.

Mr. Eure worked long hours to master the elements that make people crave pizza: real cheese (no imitations allowed), yeast-risen dough made fresh every day, our signature tangy pizza sauce and toppings that can’t be topped. It wasn’t long before Gatti’s restaurants were popping up all over Texas and the Southeast.

Gatti’s evolved through the decades to become the thriving brand it is today. Much has changed in 50 years, but the most important things have stayed the same. We’re still following the recipes and causing new cravings to be born every day.

We are targeting 15 states for expansion across the Southeast and Midwest with a franchise growth and development campaign for a proven franchise model: Mr. Gatti’s Pizza family buffet with arcade.

Gatti’s: Staking a claim for the family

By choosing to open a Mr. Gatti’s Pizza buffet and entertainment center, one thing is certain: you’ll be selling best-in-class products, over-the-top customer service and an outstanding family experience.

There’s never been a better time to join Gatti’s as a franchise owner. A $46 billion industry, pizza is America’s favorite comfort food. According to the Agriculture Council of America*, Americans eat 46 slices (or 23 pounds) of pizza each year.

Although it seems there is a pizza joint on most every corner, industry trends indicate there is still plenty of room in the market. An article published on Franchise Help, “Pizza Industry Analysis 2017 — Cost & Trends,” says that there’s no slowing of Americans’ love for pizza: “… Despite the obvious availability of pizza nearly everywhere, extremely strong demand together with the evolving tastes of the American consumer provides ample opportunity for entrepreneurs — particularly the franchisee.”

The Franchise Help article goes on to say that, “Fast casual restaurants are the fastest-growing segment of the restaurant market, and the ‘step up from fast food’ is finding great success in the pizza market. … Even in a market as well addressed as the pizza industry, opportunity abounds**.” Mr. Gatti’s Pizza is taking full advantage of those opportunities, carving out a lucrative niche in the market.

Our product is second-to-none and made with the freshest ingredients: fresh-packed tomatoes only four hours from harvest and steam-peeled; dough made fresh by hand daily and allowed to rise twice; and Provolone cheese reminiscent of the flavor our customers grew up with.

We pride ourselves on taking the customer experience up a notch. Our family-friendly game rooms and midway arcades offer entertainment that Mom and Dad can trust. We only allow “family-safe” video games (no person-on-person shooting or violence) in our restaurants.

We often see brands that concentrate either on fun gaming centers with mediocre food, or good food with a few games in a back room. We excel at both.

“From the menu variety and product quality to the mix of both redemption and attraction games, we make sure the Mr. Gatti’s experience includes something for everyone in the family,” says Travis Edmondson, Vice President of Development. “We are intentionally staking our claim as an integral part of the communities we serve and a destination location for surrounding areas.”

Franchisees have built their businesses on the principles of serving families great food and a fun experience. The Family Entertainment market segment is often overlooked or underserved, but Mr. Gatti’s knows that families and pizza go together like cheese and pepperoni. Today’s restaurant industry often attempts to cater to specific demographic groups. For Gatti’s, it’s the family.

According to a study from the Corporation for National and Community Service and reported upon in “The death of the American family dinner has been greatly exaggerated” from The Washington Post, approximately 88 percent of Americans say they eat dinner frequently with their family members, with the average family having dinner together more than five times a week. The survey also found that almost 60 percent of households with children younger than 18 sit down together for dinner six or seven nights a week.