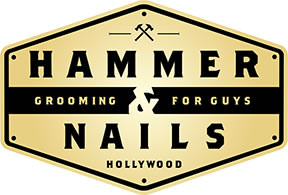 The Next Great Franchise Opportunity

Over the past 40 years franchise industry expert John Leonesio has consistently developed incredibly successful health and wellness franchises, including Massage Envy and The Joint Chiropractic. Now Leonesio has come on board as CEO of Hammer & Nails, where he will incorporate some of the key elements from his past ventures to build this franchise opportunity.

It All Started With A Trip To A Nail Salon

In March of 2013 Michael Elliot was really in need of a manicure and a pedicure, so he walked into a nail salon. But after looking around at the pastel colors, women’s magazines and televisions blasting “The Real Housewives of Atlanta,” he felt like a fish out of water, completely uncomfortable.

This Trip Led To A Vision

Thinking that surely there are others guys that feel the same way about the traditional nail salon experience, Elliot began to envision a decidedly more male-centric environment for hand and foot grooming. More of a “man cave,” complete with all of the accouterments of comfort and luxury: dark wood, low lighting, and oversized leather chairs, with personal flat-screen TVs positioned above each chair. Clients would have their own remote, a set of high-end headphones and a complimentary beverage to enjoy while they relaxed and let the technicians work their magic.

Elliot’s vision was realized back in November 2013, when he opened the first men’s nail salon in the country, his very own Hammer & Nails location in Los Angeles on iconic Melrose Avenue. This salon proved that there is demand for a place where men can take care of their hands and feet without feeling uncomfortable, out-of-place or judged.

Then Additional Services Were Added

Now Hammer & Nails is a unique franchise opportunity for entrepreneurs eager for a share of the $21 billion (annual sales) men’s grooming industry. In preparation for our national roll-out, we have made a few improvements to the original business model, expanding Hammer & Nails into a “Grooming Shop for Guys” where men can also get great haircuts and old-school straight-razor shaves.

Today Hammer & Nails is Positioned to be a Market Maker

The men’s grooming industry is growing larger every day. Hammer & Nails has the proof of concept and the experienced franchising team to be the market maker and market leader in this highly fragmented and under-served segment.

Give Men What They Crave: Relaxation & Pampering

The Benefits Of A Hammer & Nails Franchise

As a Hammer & Nails franchise partner you’ll own a business with unlimited potential in the growing $21 billion a year men’s grooming market. Hammer & Nails’ multiple revenue streams include:

We’re looking for qualified individuals who are excited about the Hammer & Nails | Grooming Shop for Guys brand and concept to help bring the vision to fruition.

Prior business or management experience (not necessarily in salons or spas), coupled with personal financial qualifications, individual motivation, and the ability to follow a business model and work within established guidelines are all important factors in our franchisee evaluation process