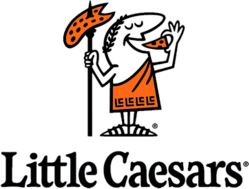 Little Caesar Enterprises, Inc. owns, operates, and franchises Little Caesars Pizza, a predominately carryout chain of pizza and related food products. Best known for its goofy commercials touting two pizzas for the price of one with the tag line "Pizza! Pizza!," Little Caesar's credo is simple: better pizza, and more of it for every dollar spent. With over 4,800 franchises around the globe, Little Caesar vies with competitors Domino's, Pizza Hut, and Papa John's for its slice of the multibillion-dollar pizza marketplace.

Using the same pizza recipe it started with in 1959, this family-run business has grown to become the third largest pizza chain in the United States. Founded by Michael and Marian Ilitch, Little Caesar's interests include its pizza franchises and Blue Line Distributing, a full-service distributor for all units as well as to Kmart's KCafes, which serve Little Caesar products. The Ilitches, well-known sports fans, also own the Detroit Red Wings hockey team, the Detroit Tigers Baseball Club, several sports arenas, the historic Fox Theater in Detroit, and other restaurants.

The primary business, a chain of carryout pizza restaurants, has been built on the concept of "two pizzas for the price of one" and other innovative production and marketing techniques. Little Caesar has over 4,825 franchise units in the United States, Canada, Ecuador, Guam, Honduras, Puerto Rico, the Philippines, the Dominican Republic, the Czech Republic, Slovakia, Turkey, and South Korea--and sells over four million pizzas per week.

As Little Caesar approached the 21st century, its competition had increased but so had its millions of consumers and admirers. Not only was Little Caesar named the "Best Pizza Value in America" for the 11th year in a row by Restaurants & Institutions magazine (Papa John's, however, was chosen as "Best Pizza Chain"), but began opening locations in yet another international venue. Ecuador was the latest to join the ranks, along with locations in Puerto Rico, Guam, Honduras, the Philippines, Korea, the Dominican Republic, the Czech Republic, Slovakia, Turkey, and, of course, the United States and Canada. Although there have been a spate of new products over the years, the company's mission has remained the same&mdash&prime;ovide more pizza for every dollar than any competitor. With pizza consumption still on the rise in the United States, Little Caesar's niche was a sure thing.