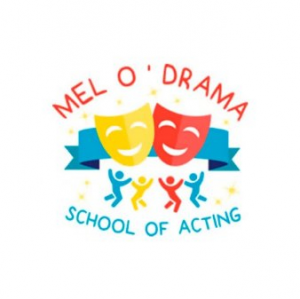 My name is Melanie Grace Gillespie and I was born in Dublin Ireland in 1978. My father is an entertainer in Ireland (www.brendangrace.com) and so I grew up in the theatre and started performing at an early age singing, dancing and acting for anyone who'd watch! My friends today would tell you that I haven't changed much in that department ;) My father had the honor of performing on tour with Frank Sinatra and so we moved to the United States in 1994.

I became involved with an Irish theatre group called 'The Inishfree Theatre Group' where I performed for about 3 years. I was later accepted into Boston's Emerson College where I received my BFA in theatre training in 2001. I have acted on many stages and find it hard to describe that feeling when performing live theatre. It's powerful. Exhilarating. Rewarding.I have also worked with a wonderful company called 'The Unexpected Theatre Experience' in Florida created by 2 acting mentors of mine, Rae Randall and John Carlile.

A combination of improvisation techniques, voice work, script writing and movement is what you can expect in a session of Mel O' Drama. Empowering children and arming them with the tools they need to face troubling issues is something Melanie sees as vital and very rewarding. Working on confidence, awareness and helping people to let go and HAVE FUN is another area wherein Melanie prides herself.

So you love theatre? Do you have a passion for teaching kids?

Are you longing to own your own business where you can combine both of these passions and create your DREAM job??!! Then you've come to the right place and guess what? I have spent almost 6 years doing ALL the base work for you! So when you come on board the Mel O' Drama train, you can be sure that you're investing into a business that has been tried and tested with GREAT success!

In my goal to get my drama program into as many towns across the Country (and beyond) as I possibly can so that kids everywhere can experience the many benefits theatre can offer, I spent 18 months with a wonderful franchise team (Big Sky Franchise Team) preparing this opportunity I am so excited to present to you! Your very own 'Mel O' Drama School of Acting!'

I will hold your hand every step of the way training you, helping you select the ideal location, advising you on marketing, organizational and operating skills, and I won't leave your side until you feel confident that you're ready to bring some DRAMA into the lives of children who will THRIVE before your eyes! It's FUN! It's CREATIVE! It's REWARDING! And it can be YOURS!