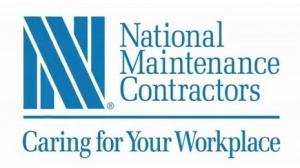 National Maintenance Contractors began as a small, one-man show in Bellevue Washington in 1970. The founder, Lyle Graddon, started the company when he was only 18. Going door-to-door as Lyle’s Janitorial Services, Graddon soon began to acquire accounts.

By 1973, Graddon had already established enough business to hire employees, and in 1975 he registered his company as the 75th franchise in Washington. Now under the name of National Maintenance Contractor’s, Graddon’s company to grow, and Graddon established an office in Portland, Oregon in addition to his office in Bellevue, Washington.

The company continued to grow, and over 30 years later, the company had grown to support several hundred franchisees. At this point, Graddon decided to retire from the industry. In seeking a partner to take over, Graddon focused on finding a company with the same values and commitments as he founded National on in order to preserve National’s identity.

In 2006, Graddon sold National to Marsden Holding L.L.C., one of the largest privately owned facility providers in the United States. As a part of the Marsden corporation, National continued to operate independently and expand. Between 2008 and 2010, National acquired two additional branch locations in Spokane, WA and Kennewick, WA.

As of 2012, National has grown to be one of the Pacific Northwest’s largest maintenance contractors, with nearly 400 franchisees operating their businesses as part of the National team.

We currently provide services that range from janitorial to floor maintenance to snow removal to dozens of additional specialty services, and servicing a variety of accounts that span from medical facilities to office buildings to industrial factories.