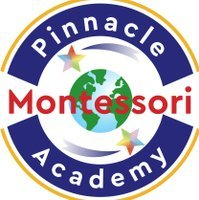 Pinnacle Montessori Academy was founded in 2006 when Kaki Reddy and Alex Freeman decided to share their passion for Montessori learning by building their first school in the Dallas, Texas suburb of Murphy. This began a lifetime adventure for Kaki and Alex, spanning from one school to multiple locations and franchises within their first ten years of operation.

Kaki and Alex’s story begins a few years before this, when she was a software engineer at Alcatel and 21 weeks pregnant with her second child and Alex was starting a technology company from the ground up with his own money and no salary. After a routine doctor’s appointment, Kaki was rushed to the hospital due to complications with her unborn child, where she would remain for the next four months to prevent a premature labor.

One month later, the telecom industry began its decline and Kaki lost her job. Neither she nor Alex had income or medical insurance. It was under these trying circumstances that Kaki decided to reinvent herself and start something new.

Kaki had a passion for the education of children and recalled her oldest daughter’s experience attending a Montessori school. She and Alex knew this could be a risk but believed in what they wanted to accomplish and all of those hopes and dreams were manifested in Heritage Montessori Academy.

It took borrowing money from relatives and cashing in her 401(K) to remain solvent, but Kaki was ready to pursue her dream. While bedridden, Kaki researched locations and found the perfect spot for a new Montessori school in Murphy, Texas. She met Aline Lage, a phenomenal, experienced Montessori teacher, and together the two built a great partnership. In the middle of it all, she got a new job which provided some relief in the form of medical insurance and income just before her beautiful, healthy baby girl was born.

Kaki’s daughter was the first student enrolled at Heritage Montessori Academy of Murphy and continued as a student there until the 4th grade.

Kaki and Alex built two more schools and decided they wanted to share their experience. With the knowledge they acquired running their own schools, they decided to extend their dreams into developing a Montessori franchise model that could expand their reach across the U.S. The Pinnacle Montessori Academy Franchise system allows franchisees to own their own business and contribute not only to their community but also to the lives of children. Kaki and Alex have developed a detailed system that allows others to share in their passion for the Montessori method which brightens the future of our society.

The moral of the story? If you truly believe in yourself and work hard, you can turn trials and adversities into golden opportunities.