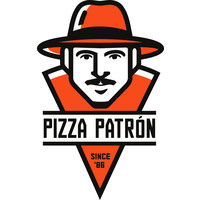 Company officials say they are particularly interested in developing out cities such as El Paso, Midland, Odessa, Abilene, Temple and Killeen. Pizza Patrón closed approximately 30 percent of its units in 2013 and then suspended franchise sales in January 2014. During this period and the years following, the company continued to increase overall company sales. 2015 represented the best year in company history and Pizza Patrón relaunched its franchise program in January of 2016.

"The past three years have been spent creating a strong company culture focused on adherence to a tried, true and proven system," said Victor Vazquez, vice president of Business Development for Pizza Patrón, Inc. "Shuttering franchising for a couple years was the best decision we ever made, as now our company has never been healthier and we have an incredibly strong and committed franchise group in place."

Vazquez says the company is seeking franchise partners and investors looking to capitalize on the brand's history and experience. Potential franchisee candidates include seasoned restaurateurs with multi-unit experience and qualified owner operators that are solely devoted to their Pizza Patrón business and who are already part of the fabric of the local community they will serve. Including a franchise fee of $20,000, the initial investment to own and operate a Pizza Patrón restaurant starts as low as $211,100.

With a decade of franchising experience, Pizza Patrón plans to add around a dozen new restaurants this year with a strategy to double growth each year for the following four to five years.

"In 2015, we experienced the highest sales in the company's 30 year history," said Vazquez. "Additionally, our new restaurant prototype has been extremely successful and affords our franchisees more real estate opportunities and high visibility."

The new restaurant prototype is a freestanding 1,200 sq. ft. building featuring a pick-up window. The new structure and design have been well received by consumers and is an attractive real estate option for developers in every market.

Since 1986, Pizza Patrón has been committed to making its promise of "Más Pizza. Menos Dinero.®" a reality for every customer. From the beginning, the brand has been recognized for its 'fresh-dough' pizza, its low prices and its trademark "friendly, bicultural service." In 2007, the company drew international media attention with its PIZZA POR PESOS® program when it began accepting Mexican Pesos at all of its restaurants. In 2012, the company's PIZZA POR FAVOR™ promotion that gave free pizzas to anyone who ordered in Spanish sparked international news coverage and lively debate throughout the U.S. Today, Pizza Patrón is the leading Mexican pizza brand in the U.S. and remains dedicated to bringing its unique experience to life with every pizza made, and in every community it serves.