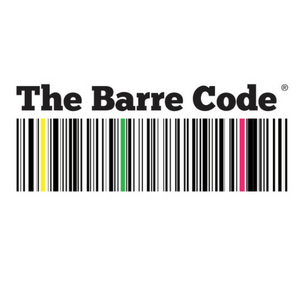 By the time they met in 2009, The Barre Code co-founders Jillian Lorenz and Ariana Chernin were well on their way to being independently established within the Chicago health scene as go-to fitness experts. Their shared passion for personal training and empowerment through positivity led to the creation of Barre Bee Fit (The Barre Code’s original identity), which officially launched in 2010 with its first studio in the up-and-coming River North neighborhood of Chicago.

The business-savvy entrepreneurs continued double duty, working full-time at their demanding corporate positions while teaching the eight classes offered daily at the brand new location. The initial response to the concept was overwhelming – women wanted to revolutionize their routine with The Barre Code. Within six months of opening, Jillian and Ariana officially parted ways with their corporate path to pursue their potential-turned-powerhouse: an innovative one-stop shop dedicated to inner and outer strength.

Within a year of launching its inaugural River North studio, The Barre Code opened a second outpost in Lincoln Park, with the Gold Coast location following shortly thereafter. Today, The Barre Code’s studios can be found in multiple neighborhoods throughout the Windy City.

As The Barre Code continues to grow on a national level through the launch of its franchising program in 2012, one powerful consistency remains: a dedication to helping women transform into their strongest, fittest selves.

Want to bring The Barre Code to your city?

The Barre Code is booming! You can bring the hottest fitness concept in America to your city. For more information about our fitness studio franchise opportunity, please fill out the form below and we will reach out right away with insider access to learn about franchise ownership with The Barre Code.

Why The Barre Code?

Our growth speaks for itself. With the national franchising program starting in 2013, The Barre Code has grown from its first location in Chicago to nearly 50 locations open or under construction across the U.S. Many of our current franchise owners are already on their way to opening their second or third studios!

We offer a one-stop shop. The class variety of our highly-effective, results-driven program allows our clients to get cardio, strength training, and restoration all in a single place. Client retention remains consistently high, as our studios are a one-stop shop for all of our client’s fitness needs.

Fitness is a booming industry. Touted by leading business experts as the top 3 industries for franchising, health and wellness is a growing area with room for further acceleration. The shift from big-box gyms to a more personalized approach of boutique fitness is what makes our franchising opportunity unique, competitive, and attractive.

Make an impact on your community. As a fitness program emphasizing personal growth, inner strength, and a mantra of self-acceptance, The Barre Code fitness program is accompanied with a community feel fostered in each studio. You’ll have the opportunity to make a difference in people’s lives by unlocking their potential and transforming the way clients feel about their bodies and abilities.