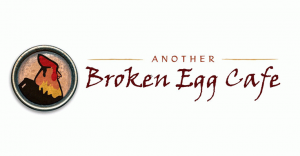 Another Broken Egg Cafe is an award-winning restaurant concept and a leader in the daytime brunch sector with 65 restaurants across the southeastern United States, California, Indiana, Ohio, and Kentucky. Ron Green founded the first cafe in 1996 in Old Mandeville, Louisiana. Green's mantra of "Nothing short of right is right" is exhibited throughout each location, communicated through hands-on franchisee owners who believe that every detail is important to the overall goal: making the customer happy.

Q&A with Ron Green, founder of Another Broken Egg Cafe

As Mother’s Day approaches, Another Broken Egg Cafe’s locations are preparing for its busiest weekend of the year. Founder and CEO, Ron Green, estimates that his 51 units will go through 580,000 eggs, with customer counts projected to exceed 900 people at each location before 2 o’clock.

And did you know that May is National Egg Month? It’s true—and eggs are worth celebrating.

As an egg enthusiast, I was excited to speak with Another Broken Egg Cafe CEO and founder, Ron Green, who told me about the brand’s beginnings, its recent growth spurt, future plans and the challenges of a breakfast-based restaurant system.

FT: You've recently opened a lot of restaurants—where is the company heading next?

Ron Green: We're located in the Southeast, mostly in Florida, and are in 13 different states. We're stretched all the way to Burbank, California, and we go as far north as Indianapolis. We're constantly talking with people who are interested in expanding it further into the Northeast and out west. In Colorado, we are looking for a few sites now in the Denver area.

FT: You said you weren't initially interested in franchising. What changed your mind?

RG: Within six months of opening my doors, I had two-hour waits on the front porch. People really gravitated toward the business. Over the next seven years, I opened five more locations with my brother, and then other people who had license agreements with me. My goal was not to franchise, but it became apparent the moment we opened up... Within the first five years, I probably had 1,500 inquiries—and I didn't even advertise.

FT: How much larger do you see Another Broken Egg becoming?

FT: How do you determine where to open future locations?

RG: We invested in a software system that that has its own special algorithms and tells us the hotspots in every city based on the demographics and psychographics. It allows us to go into areas that have the biggest demand and people we're looking for. [In terms of income], we look for something in the $90,000+ range, because we know that we do charge a little extra.

FT: How are rising food costs impacting your business?

RG: When I first started 19 years ago, you could get an egg for four and a half or five cents, and now they're 14 to 15 cents a piece. I buy in such huge quantities that, typically in the breakfast and brunch menu, food costs are going to be five to eight points less than dinner. We've gone as low as food costs being 22% in some of our restaurants if you manage it correctly. That allows you to spend a little more money on the labor side. If you look at my menu, we have lobster, shrimp, salmon, crab meet—we do a lot of seafood items and a couple of steak items—so we do have proteins that are our top hitters as far as costs go. We watch those very closely.

FT: Do you have any interest in selling the business?

RG: Everything comes to an end eventually. I'm 62 and still enjoy putting my feet on the ground and meeting with my staff. My five-year plan would be to double the business in size, to get it to 100. It was odd to sit here four years ago and say our plan was to get to 50. We got to it, here we are, we're over that hump now, and we are getting ready to sign a deal in San Diego for up to eight locations.