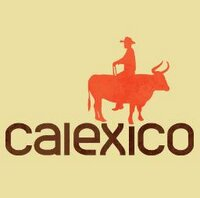 Calexico has been operating food carts and restaurants in New York City since 2006. Founded by three brothers from the border town of Calexico, California (California + Mexico = Calexico), Calexico serves fresh food that combines the flavors of Mexico with elements of Southern Barbecue. Everything is made from scratch daily, and always with the focus on freshness that is a hallmark of Californian cuisine.

Calexico’s formats have grown from street carts to now include a fast casual restaurant as well as a full service restaurant with a patio and full bar. In 2012 Calexico’s full serve restaurant was named Best Mexican in NYC by Zagat. Calexico was recruited in 2012 to be one of the select vendors inside of the state-of-the-art Barclays Center, which, in addition to its premier facilities, wanted to provide guests with top-of-the-line food vendors.

Unlike any brand in the Mexican segment today... Calexico has created a new world, full of loyal fans, with a unique brand experience that one must see, taste and feel to truly understand. More than a restaurant, more than a franchise, more than a compelling business opportunity... Calexico is a real place.

Your revenues may vary significantly depending on a number of factors, including the location of your Restaurant and how you operate your business. We strongly urge you to consult with your financial advisor or personal accountant concerning the financial analysis that you should make in determining whether or not to purchase a Calexico franchise.

It's one of our favorite restaurants in the area.

I don't know what's wrong with the people giving this 2 or 3 stars. It's one of our favorite restaurants in the area. Start with chips and salsa, and the jalapeño poppers (seriously you need to try these). Order just about anything else and you'll be happy. Some of my favorites are the Carne Asada Tacos, the cheese quesadilla with steak, and the breakfast burrito.

I agree with the guy below about the staff. I came in with a horrible attitude one day and was short with the staff. They gave us... a seat at the bar and gave my wife and I a free drink. As I drank my jalapeño margarita (yum), I realized A. I'm an asshole, and B. they actually care about their guests and the experience they have. It made me appreciate this place even more. So you should probably stop reading and just go here already! ‍ Show all

Best tacos and margaritas in Brooklyn!!

Best tacos and margaritas in Brooklyn!!

My boyfriend and I stumbled across this place one day and have been going Atleast 1x a week ever since! The Baja Fish taco *nacho style* is a MUST TRY paired with some chili cilantro fries and a mango margarita and you're all set! Happy hour is until 7pm for 2 for 1 drinks. Which is an amazing deal considering drinks are $12 each during non happy hour hours. You can either use your chip for the second drink that day or save it and claim your drink in y...our next visit.

Truly love this place and look forward to our weekly Calexico trips. Show all

Hola!!!! Shame on me for not visiting Calexico before last night.

Hola!!!! Shame on me for not visiting Calexico before last night. My friend has eaten here countless times and gave much bragging rights. At her suggestion, we dined at Calexico enabling me to scratch it off my bucket list---but I intend to return.

When we arrived, there was somewhat of a wait--think 30 minutes--or enough time to exchange a couple catch up stories.
We were 2 minutes away from happy hour ending, but were able to snag it: 2 for 1 on select drinks from 4 pm-7 pm. Margaritas in... order! I chose a refreshing mango which complemented my meal nicely.

Once sat, the waitress, who was really helpful and attentive as far as service, took our order.
We each started with a taco--I was happy to be informed that the baja fish taco could be made grilled or fried. I chose grilled and it was very delicious!

The taco served as a appetizer for us since it was small. We then moved on to our main and selected one of their bowl specials.
I had my eye on the grilled shrimp which included a choice of rice (brown for me), beans (black), slaw, perfectly grilled shrimp, cheese and pico di gallo. Each table had an assortment of hot sauces and I gave my bowl a spicy kick.
The combined flavors of the shrimp bowl were really good and filling.
My friend was equally satisfied with her bowl, but then again, this is one of her favorite spots. Now I know why.
Prices also reasonable.

For a fun night out that combines good food, atmosphere and service, Calexico should make it to your must try list. Show all

Came here with friends and had a great time.

Came here with friends and had a great time. Their happy hour is pretty good (2 for 1). We enjoyed the fun vibe and it got pretty filled when we were there. They have take out options as well but we dined in. I definitely like their nachos and elote corn. But all the menu prices are fairly priced and the mango drink was real pretty.

Located on the busiest food block of all of Park Slope, Calexico is fantastic place positioned in between several others.

Located on the busiest food block of all of Park Slope, Calexico is fantastic place positioned in between several others.

Calexico has come a long away. From food trucks to establishing itself around the city with multiple locations. The one on 5th Avenue is no different. Great food, excellent drinks, and awesome service.

They have all your Mexican and Mexican American favorites. I love those fish tacos, but honestly you can't go wrong. Just as long as you get that crack sauce. As the na...me indicates, you'll be addicted after your first hit. The margaritas are strong and be sure to take advantage of their two for one happy hour.

As most place in Park Slope are, they are kid friendly. The staff is chill. If something is going on, let them know and they'll do their best to remedy the situation.