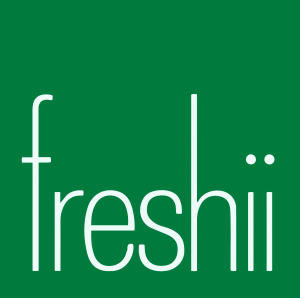 While working in New York City for fashion designer Oscar de la Renta, Matthew Corrin was inspired by “mom-and-pop” delis with fresh food but lackluster branding & service. He sought to “add magic to the fresh food business” & brand the commodity of fresh food not unlike Starbucks branded the coffee bean.

The Idea? To create a model that was scalable, branded & would improve the way people eat around the world.

Now? Freshii operates hundreds of locations in cities and countries around the world.

Matthew Corrin is the founder & CEO of Freshii. The fastest growing health and wellness brand in the world. Matthew’s mission has always been to make healthy eating convenient and affordable for everyone. Freshii opened its first location in 2005 and continued to open its next 100 locations faster than Subway, Jimmy John's, McDonald's and Starbucks and has no plans to slow down. By the end of 2017, Freshii will operate over 300 locations across 85+ cities in 20 countries.

Matthew is a recipient of the Ernst & Young Entrepreneur of the Year award, Canada’s Top 40 under 40, Inc. Magazine’s Top 30 under 30, and Canadian Association of Foodservice Professionals Restaurateur of the Year. Freshii was awarded Top Franchise of the Year in Canada and is continuing to attract high quality franchise partners worldwide.

What Makes the ii Unique

Eat. Energize. That’s the Freshii mantra. Since opening in 2005, Freshii has been on a mission to change the way the world eats. By making superfoods like kale and quinoa convenient and affordable for every citizen of the world, while continuing to introduce the latest culinary health trends, Freshii is truly redefining the fast-casual space. With hundreds of restaurants in cities, countries, college campuses and airports around the globe, the brand is growing at a speed faster than any other restaurant in the world.

Our menu is constantly evolving. Our in-house nutritionist is forever testing and tasting the latest trends and then finding ways to bring them to the world. We’re hard-pressed to think of another fast casual spot that’s led by nutrition in the same way Freshii is – on our scale. Turmeric juices, energii bites and grain bowls only skim the surface. We have 7 different menu categories – bowls, burritos, salads, wraps, soups, smoothies & juices – and each one is full of innovation. Hey, we don’t say #EatEnergize for nothing!

Our team has worked extremely hard to create a system for Freshii that can be easily scaled and replicated across the nation. We have addressed all areas of the Freshii business model – site selection, supply chain, cost control, build-out timing, marketing and buzz creation - to ensure that each market across the country can be easily opened, rapidly grown, and successfully and profitably operated. Our goal is to expand throughout the country by teaming with passionate partners who share in our mission to establish Freshii as the most convenient destination for healthy meals and snacks, served quickly while maintaining the highest quality of service and style.

Owning and operating an assigned Freshii franchise, use of brand name, trademarks, recipes, operational systems and methods, and décor. Additionally, you will receive support in these specific areas: