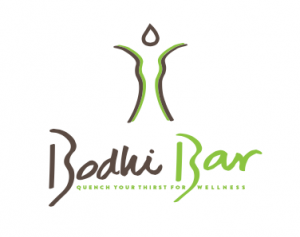 LOVJuice is not just a juice bar. It is a home away from home for many. We cater, to the best of our abilities, to everyone's wants and needs.

From the day we launched our first Clean Juice location in June 2015, we have been committed to bringing the organic and healthy lifestyle we are so passionate about to the world. What better way to do that than to partner with people who share this same vision?

Dream Dinners provides everything our guests need to assemble dinners they take home, freeze and serve to their families during the weeks ahead. We offer freedom from the hassles and headaches of planning and preparing meals, while also offering friends and family an opportunity to come together in a fun-filled setting to assemble Dream Dinners.

Do you want a fast casual concept that can offer high volumes in small spaces? Are you drawn to brands that meet consumers' growing demands for healthier, better tasting, fresher food? Look no further! A Tossed franchise offers all of the above.

Zoyo is a neighborhood gathering place where you're empowered to build your dream yogurt creation and lounge with friends in an open air atmosphere created by our unique garage roll-up doors!

In 1980, Mrs. Betty Vhay became the new owner of Applegate Farm. In an effort to oversee all aspects of the business the Vhay family moved into the original farmhouse.

The brand features a broad menu that includes everything from greens & grains bowls, salads, all-natural burgers, sides of veggies and oven-finished fries, smoothies, and kids’ meals with sides of broccoli and apple sauce. By sourcing as much as possible from local, independent farmers and being genuinely committed to social and environmental impact, B.GOOD has a unique connection to the communities the brand calls home.

We’re looking for experienced and qualified multi-unit food service operators interested in creating a community of passionate food lovers. Served in a fast casual environment, our chef-inspired healthy dishes cater to both health-conscious diners and foodies craving flavorful options. Hop on board this exciting journey and help us spread the freshness around!

Rachel’s Kitchen roots stretch from Las Vegas, Nevada all the way across the majestic California desert to the lap of luxury and taste, Beverly Hills. It’s here that Rachel’s Kitchen founder, Debbie Roxarzade first made a name for herself in the culinary circles of the star-studded City of Angels, creating a number of celebrated restaurant concepts including Debbie’s Bistro — once recognized as one of LA’s Big 10 Best New Restaurants by Los Angeles magazine.

Forget salads as a side dish; at Green District, they’re the main course. The popular gourmet chopped salad shop offers 11 signature salads and wraps filled with any number of nearly 50 ingredients and toppings, including freshly chopped fruits and vegetables, and lean, fresh protein selections.

Zurvita is a home based business that can be more lucrative than a franchise and to prove it we will help you earn a minimum of $1,200 and qualify for a new car in your first 30-days or less. This is our All-Star program and it is why Zurvita has become the #1 explosive growth company in the USA and Canada!

At age 17, Tariq Farid borrowed $5,000 from his parents to buy a flower shop in East Haven, Connecticut, and within two years, he was running four flourishing stores. But after seven years as a florist, he came up with a new idea--bouquets you can eat. He opened the first Edible Arrangements store in 1999, creating, selling and delivering bouquets of fresh fruit sculpted to look like flowers.

Linda Kerr Kamm founded Happy & Healthy Products in 1991 and began franchising in 1993. Desiring to sell a healthful frozen dessert, she created the company's signature Fruitfull bars, which are made with chunks of fruit and other natural ingredients. Franchisees wholesale these and other healthful snack products to locations such as hospitals, colleges, corporate cafeterias and convenience stores. They can also sell the products at retail events such as fairs and festivals.

At FRESH, we are constantly scouring the globe to source the healthiest ingredients for our menu. Other restaurants may have a flashy name, but FRESH is all about quality and health. Our customers look and feel great and the atmosphere in our restaurants is electric.

Founded in 2013, Grabbagreen is a fast food + juice restaurant where great tasting, healthy food meet the speed and convenience of traditional fast food. Grabbagreen’s food + juice menu is semi-organic, preservative-free, naturally gluten-free (with the exception of wraps) and GMO free.

All of our cafés are chic and comfortable, offering fresh choices such as cold-pressed juices, acai bowls, kale salads, vegan soups and just baked gluten free pastries. We take pride in our coffee, our blends include beans from Kona and Maui and are roasted locally in Hawaii.

Frutta Bowls started in 2016 as the brainchild of Brooke Gagliano. After spending her college career focused on health, wellness, and sports, Brooke sought out a way to pursue those interests while building her career. While on a trip out west, Brooke came across the Açai bowl concept and the idea for Frutta Bowls was born.

Our chips and popcorn made daily using quality, natural ingredients without the use of artificial flavors or colorings – nada, nothing. We let nature do the talking here!

Al Yeganeh, founder of Soup Kitchen International restaurant in New York City, characterized in Seinfelds famous No soup for you episode has been producing premium, gourmet soups for a loyal following of devotees since 1984.

At UFood Grill, we believe food should make you feel good, not guilty. Our team of culinary experts has worked tirelessly to curate a wide variety of delicious menu options that are designed to be low in calories, but rich in flavor.