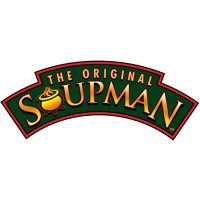 World Renowned Soup Business For You!

Al Yeganeh, founder of Soup Kitchen International restaurant in New York City, characterized in Seinfelds famous No soup for you episode has been producing premium, gourmet soups for a loyal following of devotees since 1984. The Original SoupMan offers a unique, affordable, premium product and destination, which will attract loyal soup customers and provide an attractive business opportunity for our franchisees.

Introducingthe franchise that brings the worlds best soup to your town!

The Original Soupman Makes The Best Soups On The Planet...Thats Not What We Say, Its What They Say:

Getting started with the Original SoupMan was a no brainer. With Als soup behind it we cant miss.
- Franchisee Lil Nickelson of NYC

Every person that tries the soup loves it and comes back.
- Franchisee Terry DeGiorgio of NYC

The customers love it! We have a following that comes in every single day.
- Franchisee Lisa Ruddy of Princeton, NJ

"The most wonderful soups you can imagine."
- Tim Zagat, Zagat Survey; interview on Channel 5 News

"There is no other soup like this soup... a taste of heaven."
-Sylvia Carter, Newsday Food Critic, 1992

As a franchise operator, youll have the honor of serving soups that are made under the personal supervision of the worlds foremost authority on super premium soupsthe Original SoupMan himself, Al Yeganeh. There is no other soup brand that compares in quality, taste and convenience. The Original SoupMan also compliments its magical soup menu with a variety of gourmet salads, sandwiches, smoothies and seasonal desserts. Become a part of the soup phenomenon. Own a franchise that delivers category dominance, a cult-like following, a proven business model, expert training & support and a ground floor opportunity.

Our easy-to-operate, space-efficient, turnkey system allows you to get up and running quickly while keeping real estate and operating costs low.