Franchise Jack in the Box 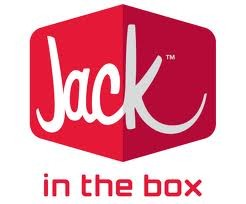 Franchise Jack in the Box

Jack in the Box is among the nation’s leading fast-food hamburger chains, with more than 2,200 quick-serve restaurants in 21 states and Guam. As the first major hamburger chain to develop and expand the concept of drive-thru dining, Jack in the Box has always emphasized on-the-go convenience, with approximately 85 percent of the half-billion guests served annually buying food at the drive-thru or for take-out. In addition to drive-thru windows, most restaurants have indoor dining areas and are open 18-24 hours a day.

Jack in the Box pioneered a number of firsts in the quick-serve industry, including menu items that are now staples on most fast-food menu boards, like the breakfast sandwich and portable salads. Today, Jack in the Box offers a selection of distinctive, innovative products targeted at the fast-food consumer, including hamburgers, specialty sandwiches, salads and real ice cream shakes.

Hamburgers represent the core of the menu, including the signature Jumbo Jack®, Sourdough Jack®, Ultimate Cheeseburger and Buttery Jack™ burgers. And, because value is important to fast-food customers, the company’s menu also features Jack’s Deals, which includes value-priced products like tacos, chicken nuggets, a chicken sandwich and a Jr. Bacon Cheeseburger.

In addition to offering high-quality products, Jack in the Box recognizes that an increasing number of quick-serve customers also want the ability to customize their meals. Whether that means forgoing the bun and sauce in favor of a low-carb burger, or substituting ingredients to create the exact mix of flavors to suit an individual’s personal tastes, customers have that flexibility at Jack in the Box.

“We don’t make it ‘til you order it®.” So, regardless of the order, each meal is served hot and fresh to customers. We also serve our full menu, including breakfast, all day every day. So whether you want a Buttery Jack™ burger for breakfast or Breakfast Jack® sandwich for dinner, you can get what you want whenever you want it at Jack in the Box.

WHY JACK IN THE BOX?

Jack in the Box has a unique position in the Quick-Serve burger category, offering experienced multi-unit operators of other QSR/Casual dining brands an exciting franchise opportunity that offers growth through acquisition and development in select markets.

With the right operating partners, other non-restaurant groups (real estate and investors in Convenience & Gas, Hotels, and Retail) have found Jack in the Box to be the next brand they will grow and develop in their regions putting their skills and experience to work.