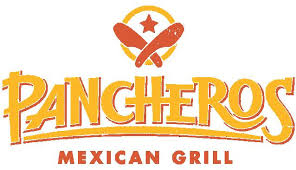 The Pancheros history began in Iowa City, Iowa, on the corner of Clinton and Washington, where Rodney Anderson founded Pancheros Mexican Grill on August 14, 1992. Not too long thereafter, Pancheros became a staple of the Eastern Iowa restaurant scene.

Realizing the potential for growth, Pancheros began franchising the fast-casual Mexican concept in 2004—allowing other entrepreneurs to capitalize on the popularity of our one-of-a-kind burritos.

With recent grand openings in Connecticut, Florida, and South Dakota, Pancheros is serving up fresh-pressed tortillas and perfectly-mixed ingredients in more than 70 restaurant franchise locations across 14 states.

Pancheros has its sights set on burrito world domination. But, we can’t do it on our own.

Want to learn more about how we’ve changed the burrito game forever?

We could have built pyramids. We chose burritos instead. It all starts with the fresh-pressed tortilla. This is our primary differentiator, and it sets our product and brand apart from the competition. Pancheros' guests watch in awe as their burrito goes from a tiny ball of dough to a delicious work of burrito art... in under two minutes!

The best tortillas deserve the best and freshest ingredients. And thankfully, Bob the Tool is there to bring it all together. Our proprietary spatula mixes the rice, beans, proteins, cheeses, and salsas into the perfect blend of burrito heaven.

There are many ways we support our franchisees. One is by taking ownership of the site selection process, making it a team effort. Boasting 25 years of restaurant site selection experience, VP of Real Estate, Jim Tycom, communicates all of the details regarding the Pancheros’ real estate process and site criteria, field review, and approval of sites to move forward to real estate committee (REC). And for those franchisees who prefer it, Jim will also provide support and input into the formation of new franchise territories as well.

YOU HAVE YOUR SITE. NOW WHAT?

AS WE LIKE TO SAY IN IOWA, “IF YOU BUILD IT, THEY WILL COME.”

One of the most important ways we support our franchisees is by putting the whole team behind each franchisee’s success. The entire Pancheros' team is on hand to support a franchisee’s restaurant grand opening with marketing, public relations, and media. But, it doesn’t end there. Our marketing and “burrito relations” teams also provide ongoing consultation to reach target demographics and maximize queso consumption, ensuring that the amazing burritos our franchisees expertly build will draw many loyal burrito connoisseurs.