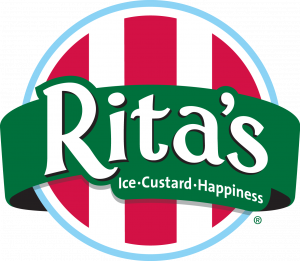 From a front porch in Philly to an international presence, Rita’s Italian Ice franchise has become one of the most beloved frozen treat businesses in the world

When former firefighter Bob Tumolo and his mother began selling Italian ice from their front porch one sweltering summer day in 1984, there was no way of knowing then that such humble beginnings would grow into an international sensation still going strong over three decades later.

Tumolo just wanted to earn a little extra income, and his frozen treats were an instant hit. He named the business after his wife, Rita. While the Tumolos sold the brand in 2005, Rita’s today is 600+ units strong in the U.S. and internationally, and is one of the most beloved frozen treats around. We still make our ice fresh every day, using real fruit, and it’s still refreshing. Still fun. Still delicious.

And still unlike anything else on the market.

What Bob Tumolo did when he sold Italian ice – or water ice, as it’s commonly known in Philadelphia – was establish a baseline of happy. Fruity, frozen treats on a hot summer day made people happy because they tasted great (and cooled them down!) and were unlike anything else on the market. Bob used real fruit in his Italian ices, which are based on the popular homemade Italian treat known as granita, and we still use real fruit in our ices today.

We’re still making guests happy today, too, because our two core products – Italian ice and frozen custard – are unlike anything else on the market.

At Rita’s Italian Ice, we serve two core products in creative combinations: Italian ice and frozen custard. That alone makes us unique among all the frozen dessert and ice cream franchises out there; no one else offers what we offer. But even apart from the product offerings that have generated legions of loyal brand fans since we first opened our doors in 1984, we offer so many advantages as a franchise concept that we have carved out a singular space in the business world, too.

“Rita’s is a food business, of course, but it’s a fun food business that’s simple to operate,” says Linda Chadwick, President & CEO. “You don’t have hoods and fryers and cooktops, you’re serving frozen treats and beverages. And it’s such a happy business; that’s another thing that makes us unique.”

And unlike ice cream franchises, which have become so common that they’re now commoditized, Rita’s maintains a unique position in the $28 billion frozen desserts industry. Our product isn’t sold in stores, and we’re often the only outlet in the market selling Italian ice. We maintain high standards for our products. We make our ices and frozen custard fresh in stores daily, so our guests are assured of freshness. They’re made with real fruit and our dairy and eggs are sourced from a single farm, where we know their standards for quality match ours.

Our two core products are used in some combination on every item on our menu, from a layered Gelati to the delicious mixed Blendini. It’s not just what we serve that makes Rita’s so unique, but who we are as a company.

With Italian ice and frozen custard comprising a portion of virtually everything we sell, that helps keep our food costs really low, says Lauriena Borstein, Executive Vice President of Operations. A Rita’s franchise also doesn’t require many employees, and you’ll save a lot of money on labor during the off-season.

“It is a simple business to operate, and those two things really allow us to be a very profitable business,” Borstein says. “Another piece of it is the ability to operate outside your store – to utilize mobile events, to generate additional lines of revenue, but not have the fixed expenses of a brick-and-mortar store.”

With four core models to choose from – a walk-in store, a walk-up store, mobile or special venue – we offer a range of accessible initial investments and make it easier for investors who want to grow quickly.

Seasonality makes it easier to scale

Many Rita’s franchises in colder parts of the country are open seasonally, closing down during the coldest months of the year. Our team of franchising experts helps franchisees determine whether they’re better off operating their stores seasonally or staying open and generating revenue to cover lower, off-season overhead costs.

Those who are open seasonally typically find that customer demand only increases during the off-season. “Because it’s not accessible all year round, it’s something you look forward to and you know that when Rita’s opens, spring is coming, nice weather is coming, summer vacation is coming,” says Maureen Hartlieb, who owns four Rita’s locations in Maryland with her husband, Brian.

“Our product is amazing, our customer service is amazing, so people come here and just have this positive, happy experience with a product that they love. They hear other people talking about it, and how great the custard may be, or the ice may be, and once they try it, then they become loyal fans, too.”

The seasonality of our business also makes it easier for multi-unit franchisees to open new locations. The prep work for opening new stores happens during the off-season, when franchisees are able to devote full attention to development.