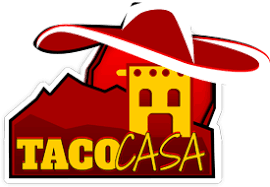 Founder, President, and CEO of Taco Casa, Rod Wilkin knows how important choices are in his life. Rod grew up in Wichita, Kansas where he was a star athlete at his high school lettering in football, basketball and track. Several smaller schools had recruited him out of high school until a chance encounter would forever change his path. A good friend and high school teammate of his, Fred Harvey, went to Hutchinson Junior College in Hutchinson, Kansas to visit his future football coach. Fred offhandedly asked Rod if he would like to ride with him, and Rod chose to go. While there, the coach mentioned that he had heard of Rod and offered him a scholarship to play football for the Blue Dragons.

Success followed Rod to junior college and after the 1967 season he was named a junior college All-American as a kicking specialist. Scholarship offers rolled in by the dozen and he thought he would sign with Oklahoma, Colorado, Nebraska, or Miami. Then the phone rang and a deep baritone voice on the other end of the line asked Rod to come down to Tuscaloosa for a visit. After working out for and meeting with Coach Paul "Bear" Bryant, Rod chose to sign a letter of intent to play for the Crimson Tide.

In September of 1967 Rod found himself living in Bryant Hall as an Alabama football player. Living in Bryant Hall had its advantages being in your bed by the 10 pm curfew was not one of them. Rod and his roommates would watch the fraternity parties going on outside and talk about what they wanted to do with their lives. Being from the Midwest, Rod missed the Mexican and Tex-Mex fast food that was lacking in Tuscaloosa. Rod enlightened his roommates on his plan to someday open a Mexican restaurant in Tuscaloosa. During Rod's years under Coach Bryant he learned a great deal about football, but the ultimate lessons that he took from the Capstone were the life lessons of hard work, dedication, and determination.

After his college experiences, Rod began to chase his dream of opening a restaurant. Having eaten many times at the very first Pizza Hut located in Wichita, Kansas and started by the Carney brothers, Rod decided to work at Pizza Hut on Skyland Boulevard in Tuscaloosa. He gained more restaurant experience at Joe Namath's Bachelor's Three on 15th Street. After meeting and falling in love with a Northport girl, Susan Strong, while in school the two married and headed back to Wichita. Where Rod put his dreams on hold and chose to work with his dad in the construction industry.

In 1972 Susan's grandmother, Bessie Strong, passed away and left Susan and Rod an inheritance of $2500. They invested the money in stocks and more than doubled their money. It had been two years since they left Tuscaloosa and Rod, now married and a father, decided that the time had come to go forward with his dream. They packed up and moved back to Tuscaloosa on July 4, 1973. When they arrived he reconnected with Sam Faucett, a local banker that he had met at Bachelor's Three.

Sam had told Rod to come to see him if he ever needed financial help. When Rod pitched his idea to Sam at City National Bank, Sam said that he didn't like Mexican food and didn't issue the loan. So Rod began officiating high school football games and helped in the construction of Susan's parents' home on Lake Tuscaloosa. One of Rod's fellow football officials was Ed King, a loan officer at City National Bank. He was able to secure a Small Business Administration loan for Rod.

The next step in Rod's restaurant pursuit was to find a location. When 25- year-old Rod tried to lease a lot from Gordon Rosen, a local attorney, and have him construct a building to Rod's specifications for him he was laughed out of Rosen's office. Rod then convinced local businessman, Eddie Gray Jones, to buy the 10 th Avenue property and build the building (to his specifications for him).

Then with the SBA loan, a loan from Rod's parents, Sandy and Kathleen Wilkin, and assistance from Susan's parents, Jack and Martha Jean Strong, Rod was ready to take the big leap. He wasn't aware that statistics gave him a 97% chance of failure.

On August 20, 1974 Rod combined the work ethic he learned through athletics and under Coach Bryant with earlier restaurant experience to create Tuscaloosa's most unique restaurant, Taco Casa. Trying a completely new concept, Taco Casa offered the finest and freshest ingredients prepared only after the customer ordered. This was to ensure hot, fresh, delicious food that was always made to order. Additionally to the food, the first location was known to have the coldest beer in town.

It served a selection of beer all served in ice cold, frozen glass mugs. Taco Casa quickly became a landmark and was where most of Tuscaloosa ate their first taco. The success of Taco Casa was a direct result of the hard work and long hours. He was working 100-120 hour weeks, and Rod's first off day didn't come for 3 months. With advise from his former high school coach, Jim McNerney, who now owned several Pizza Hut franchises Rod was able to fine tune his operations and move toward expansion.

In August of 1977, Taco Casa came to Northport along a newly developed road through town, McFarland Boulevard. Rod leased the property from the Rose family and began work right away. Once opened, the duties and responsibilities doubled. When Rod's brother, Larry, visited from Michigan in November he was overwhelmed by the mild weather and the success of Taco Casa. Rod asked Larry if he wanted to come to join the business. Subsequently in 1978 Taco Casa welcomed Larry and his family as they moved to Tuscaloosa and joined in the operation of the Taco Casa.

The college students in Tuscaloosa seemed to love Taco Casa so much that the next target became Auburn. Once opened it was clear that the response to expansion was overwhelming and Rod quickly learned that two stores in the Tuscaloosa area were not enough. In August of 1980 the University Mall opened to great fanfare and so did Taco Casa in the food court. Within the year all freestanding stores added a revolutionary new concept, a drive through. Taco Casa made an innovation on this as well, being the first to have a covered canopy over both the ordering menu and the drive through window.

In 1984 Taco Casa celebrated its 10th Anniversary. With the success and expansion of Taco Casa came the expansion of Rod and Susan's family. Their family now numbered four children: Rod II, Melanie, Brett, and Ben with 5 Taco Casa locations. There were now two stores in Tuscaloosa and one in Northport, Auburn, and the Bel Air Mall in Mobile. Over the next 28 years Taco Casa locations grew to include: Skyland Boulevard, 15th Street, Birmingham, Tutweiler Hall, Homewood, Highway 82 West, Highway 69 South, and Rice Mine Road. With more stores, there was more of a demand to broaden the menu.

The original Taco Casa menu had now grown to include new items. The Chilada (Chili Salad), Chimalupa (Taco Salad), Messe Nachos, Casa Combos, and Chicken items were all welcomed additions to a menu that already was full of hometown favorites. There were some menu additions that were brief. These included: a yogurt bar, Otis Spunkmeyer cookies, and Pepsi and Mountain Dew Freezes.

Over the years the business has grown into a family affair as Rod's three sons and son in law have joined Taco Casa as full time employees. All four children started when they were around ten years old as part time, summer employees. Rod, Brett, and Ben have now worked their way up through the ranks and are executives within the company. Rod Wilkin II graduated from the University of Georgia in 1994 with a degree in Marketing. He started working for Taco Casa in 1998 and is Vice President of Operations. He is married to Trina Ballard and has four children. Brett Wilkin graduated from The University of Alabama in 2002 with a degree in Marketing.

Throughout the years Taco Casa has made an impression on such a large number of people that we often have customers ship burritos across country. The demand for Taco Casa in other areas is so large that Rod receives weekly calls requesting franchise information. The success of Taco Casa hasn't been without hardship. In 1975, just a year after Taco Casa opened, Rod was diagnosed with a malignant melanoma skin cancer on his back. The doctors gave him 30 days to live. Rod was awakened one night by the Lord and God healed Rod's body. He never had chemotherapy, radiation or any other treatment.

Since that day Rod has chosen for Jesus Christ to be the cornerstone of Taco Casa and He is clearly the heart of its success. Rod still resides in Tuscaloosa and visits every store daily. Rod and Susan's thirteen grandchildren have begun ushering in the next generation of Taco Casa. Look closely during your next visit and you may see some of the third generation at one of the stores.

On April 27, 2011 Tuscaloosa was forever changed when a devastating F4 tornado ripped a path of destruction through the heart of Tuscaloosa. Although the 15th Street location took a direct hit and was mostly destroyed, all of the employees in the store were completely unharmed. Taco Casa served as a beacon of renewal and hope when on October 17, 2011, within 173 days of the disaster, it was the first of the destroyed businesses to be rebuilt and reopened.

For all residents of Tuscaloosa and former students of The University of Alabama, Taco Casa has solidified a place in their hearts as a landmark and a destination for quality food. Since 1974, thousands of people have come and gone through the halls of the University of Alabama and the streets of Tuscaloosa, however the constant has always been the great tasting tacos and award winning sweet tea found Under the Biggest Cactus in Town. The quality, taste and tradition that truly are Tuscaloosa.