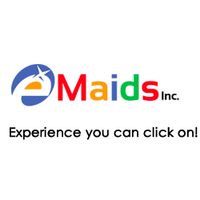 The company founders have invested over 20 years creating a solid reputation – one that you can proudly build on and continue. Izsam is a professional, green-focused, full-service construction cleanup and commercial cleaning company. This idea began in 1998 when father and son team Dan Bennett Sr. and Jr. began specializing in remodeling and construction site cleanup.

Classmaids provides a unique opportunity to own a home-based turnkey residential and commercial cleaning business, which can be up and running in as little as 30 days after signing the franchise agreement. Owning a Classmaids will allow you to become your own boss with a flexible schedule and a comfortable lifestyle.

Renue Systems offers the entrepreneur a chance to enter into an extremely profitable industry with low start-up costs and nearly immediate potential profits.

Sani-Chute is the ONLY national coompany to do chute cleaning using steam so chute steam cleaning. The organization is also a specialist in providing services to MULTI FAMILY homes and buildings making the company extremely valuable to landlords and property owners.

As a stockbroker-in-training, Jack Ruegsegger started out washing windows on the weekend simply as a way to supplement his income. But in 1999, he decided to focus on window-washing full-time. He recruited his brother Joe to help him, and they named the company Jack & Joe's Window Cleaning Inc. Over the years they continued to grow the business, adding snow-plowing, gutter cleaning and pressure washing to their services. Finally, in 2005, they decided to begin franchising, changing the name of the company to Squeegee Squad.

10BUCKSAROOM, the professional cleaning service that has built a reputation for its contract free, no estimate services, today announced a strategic franchise growth initiative that aims to add 300 new franchise locations in markets across the country in the next 5 years.

Based in Charlotte, North Carolina, Jantize has been franchising since 1988. Franchisees offer commercial cleaning services. The company offers both master and unit franchise opportunities.

Started in 1996 by Arleen Cavanaugh, one of the founders of Jani-King, Bonus Building Care a commercial cleaning franchise with locations nationwide, from California to Florida, but concentrated mainly in the Midwest.

Barry Bodiford and his wife Allison launched 360clean in 2005, focusing their commercial cleaning company's efforts on serving medical offices-- places Bodiford was familiar with due to his work as a pharmaceutical sales representative. He developed JaniMed, a cleaning system for use in medical facilities that could be applied to other commercial facilities as well. The Bodifords began franchising 360clean in 2008.

CleanTastic is a New Zealand based commercial and office cleaning business franchise.

College Girl Cleaning Service is offering its very profitable and successful business model to interested individuals that are eager to earn a favorable return on their investment while giving back to their community.

At Image One®, we are not like other cleaning services. We’re not content to offer the same, average service day in and day out. Rather, we’ve revolutionized the commercial cleaning industry by creating custom services to fit our clients’ needs. We understand that first impressions are essential to any business and work hard to make sure that your property is saying the right thing about you.

The RYTECH concept is water damage mitigation, residential/commercial structural drying and mold remediation. Our employees focus on perfecting one task. We are certified water damage specialists. Its not Dry until its RYTECH Dry.