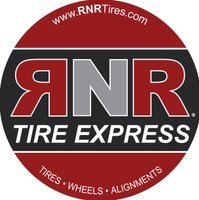 Beeline Bikes is changing the bike industry with a lofty objective: to get more people riding bikes by bringing a convenient bike shop experience to the customer.

“Whizzy.” It means "technologically innovative" or a piece of technology, that is new and clever and functional. That's exactly what we are. We are a rapidly developing, innovative company that specializes in short trip smart vehicles; such as electric scooters, bikes, skateboards and accessories.

Brian McInerney founded Wheel Fun Rentals in 1987 in order to bring the four-wheeled Italian surrey cycle to California. The Southern California-based company began franchising in 2000. Wheel Fun Rentals has multiple units in operation and has identified more than 1,000 potential locations nationwide. It offers its franchisees exclusive territories and has co-branding relationships with city and state parks.

RentMOTOPED is the newest and most exciting way to explore Buffalo! Rent out a Motoped, an easy to ride motorized bicycle with smooth capabilities of pedaling and cruising, and see all that Buffalo has to offer in style.

Harley-Davidson enthusiasts Chris McIntyre and Jeff Brown started EagleRider Motorcycle Rental in Newport Beach, California, in 1992. Using the marketing expertise they had gained working for companies like AT&T, McIntyre and Brown built a business that outfits its clientele with motorcycles and biker gear for day trips or week-long excursions. EagleRider centers are located in major cities across the United States, renting motorcycles, selling clothing and accessories, and offering guided tours.

ShareMyCoach offers to you, the right to own and operate your own ShareMyCoach Privately Owned RV Rental Management Company. Many factors make our franchise opportunity different. Traditional recreation rental companies must invest in their own inventory, then after years of renting, they then must find ways to sell and replace them. With your ShareMyCoach franchise you have no inventory cost.

In 1921 the Pennsylvania-based Van Artsdalen Express was a successful freight company. By 1972, it had been restructured to operate school buses instead of trucks. While working for the company, J. Edward Van Artsdalen noticed that people using wheelchairs were some of the most poorly served individuals in the transportation market.

With locations in Europe and the United States, GoCar Tours takes tens of thousands of people through some of the world’s most beautiful cities every year. Currently, GoCar Tours operates in San Francisco, San Diego, Lisbon, Barcelona, and Madrid with other cities vying for franchises of their own.

Founded in 1989, J.D. Byrider is a used car and finance company. The franchise integrates vehicle sales and financing, allowing franchisees the ability to sell to any qualified customer.

Starting out with just three cars, Martin Sixt opened his first rental agency in Munich, Germany, in 1912. The Sixt Company, which is still operated by his family, began franchising in 1998, opening offices around the world. In 2012, 100 years after its founding, the company brought its franchise program to the US. Franchisees rent cars, SUVs, and vans to the public.

Thank you for your enthusiasm for Practicar's establishment program. The Practicar framework is a settled program that has offered clients reasonable evaluating on rentals, leases and auto deals since 1976.

U-Save Auto Rental of America Inc. was founded in 1979 and began franchising that same year. It is based in Jackson, Mississippi.

Founded in 2005, RimTyme is an offshoot of ColorTyme, another rent-to-own franchise, which is a subsidiary of Rent-A-Center. RimTyme stores sell and install custom rims and tires, with payment options including a credit card, cash, lease ownership plan or 90 or 120-day cash payment.

For approximately 30 years, Bates has been innovative and building brand loyalty in a 4.5 Billion-Dollar industry that continues to grow. The continued expansion of the motor home rental business has been very steady, in all economic cycles.

$291 per month on your first vehicle

Founder Bryan Pease, with over 20 years in the hospitality industry was president of the largest non-taxi transportation fleet in Southwest Florida. This company focused exclusively on the group transportation and hotel guest needs of Fortune 500 companies holding their meetings in this high-brow affluent community.

Payless Car Rental was established in 1971 in Spokane, Washington, by Les Netterstrom and his wife, Dusty. By 1982, their small two-location car rental business had grown to almost 100 franchises and one corporate-owned location. In 1983, the 150-location company changed its name to Payless Car Rental System Inc. In 1989, Netterstrom sold the company to a Taiwanese investment group. Eighty percent of the privately held company's franchise units are conversions; 47 percent of the franchisees own multiple locations.

Interested in joining one of NZ's iconic kiwi franchises? Then join a group of 13 passionate owner operators already running their own Pegasus Car Rental franchises. <p> Pegasus Car Rental is a well-known national brand that's been around since 1989. As well as a great brand, you will have access to a national booking system, group buying power and marketing and training expertise. You will also have the support of a great head office team, as well as being able to leverage the combined knowledge of all our owner operators nationwide, it couldn't be easier.

We are actively seeking highly qualified business people to join our system as franchise owners. Priceless car rental has a proven model for individual investors and entrepreneurs to find their niche in the lucrative $24 Billion US Car Rental market

Since 1969, Rent-A-Wreck has owned, operated and franchised car rental locations all over the United States and in Scandinavia. Our unparalleled customer service, unique fleet of used vehicles and the resulting competitive rates we offer to the public, allow us to maintain our status as one of the best values in the car rental industry.

When you become an AVR Franchisee, you will join a network of highly motivated and determined individuals.

Budget Rent a Car is one of the largest car and truck rental companies in the world, with locations in more than 110 countries and all 50 United States. With more than 3,000 rental shops, including at 825 airports, Budget Rent a Car circulates approximately 232,500 vehicles. Though Budget Rent a Car began as a strictly low-cost rental option to other companies charging daily and per-mile rates, the company has grown substantially in its 50-plus years of operation, and has been ranked as the world’s third-largest vehicle rental company.