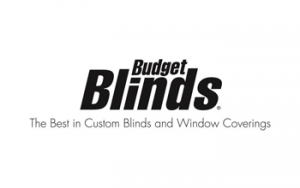 What started out in the back of a small hardware store in 1967 has grown to a nationwide chain of independently owned and operated offices. Caring for a total of more than 1 billion square feet of turf, Lawn Doctor franchisees provide all-season care including fertilization and weed and insect control.

Based in Atlanta, Floor Coverings International is a mobile floor-covering franchise that lets customers shop at home for hardwood, laminate and tile flooring, carpet and area rugs, and window coverings. The company's mobile van showrooms hold more than 3,000 styles and colors of name-brand products for residential and commercial use.

Joseph Lunsford wasn't looking to start a business when he moved into a new home and realized that several pieces of his furniture had been damaged in transit, but start one he did. He founded Furniture Medic in 1992 in response to his dissatisfaction with the long turnaround time that was common with most refurnishing shops. In 1996 Furniture Medic was acquired by ServiceMaster. ServiceMaster's franchise family also includes franchisors Merry Maids, Terminix and AmeriSpec.

Founded by John S. Hagood and John Blaser in 1971, Foliage Design Systems (FDS) provides interior plant products and services nationwide. Based in Orlando, Florida, FDS started franchising in 1980. The company ensures professional care with uniformed staff, all of whom are trained in horticultural services.

Our philosophy is focused on following a system to ensure highly satisfied customers at every stage of their bathroom renovation project. From customized marketing materials to a Sales Support team dedicated to scheduling new appointments, Five Star Bath Solutions provides the tools and support needed to help franchisees grow their business.

Handyman Franchises
Wishing to buy: 2
To Favorite Remove
The Honey Do Service Inc.

In 2002, Brad Fluke moved to Bristol, Virginia, to help his father run the handyman business he had just started. He became the company's president and in 2008, began franchising the Honey Do Service concept. Honey Do Service franchisees offer repair and maintenance services for common household problems.

The Honey Do Service Inc.

Repair and Restoration
Wishing to buy: 2
To Favorite Remove
The Grout Medic

The grout and tile industry is growing by leaps and bounds, and as a result there is outstanding market potential in the expanding grout and tile restoration market.

Repair and Restoration
Wishing to buy: 2
To Favorite Remove
HouseFix

Whether our customers need a few minor repairs done, or want to start an expansive home remodeling project, our team is here to help. We are the trusted remodeling experts, serving Raleigh, Durham and the surrounding areas with the best in home improvement services.

Take your contracting company to the next level by adding additional revenue. We have perfected a system with proven home remodeling systems for generating revenue. Contact us today.

As the name implies, Door Renew renews doors! It sounds simple enough, but it’s an art to take an old door and make it look new again. Door Renew will not only help you learn all of the steps needed to accomplish the restoration, but also how to operate a profitable business.

We are an international carpet restoration company serving the hospitality industry since 1998. We provide a full range of expert carpet restoration, color repair and an exceptional high rate of customer satisfaction.

The company began franchising in 1990 under the name Creative Colors International. Now franchisees across the country use the Fosters’ techniques to repair the interiors of various vehicles at dealer lots before they are sold.

Founded in 2009, the uBreakiFix concept began franchising in 2013. The company offers both mail-in and walk-in repairs of electronics including smartphones, tablets, computers and video game consoles. All repairs come with a 90-day parts and labor warranty.

At Aladdin Doors®, we’re passionate about satisfying our customers, growing our business, making money and having fun—and we’re not alone. The garage door has become a hot new design statement for American homeowners who want the latest in style, safety, and high-tech function.

Poolwerx strives to deliver a brand that is at the top of it's game, setting the standards for an entire industry and leading the pack for the delivery of first class after market pool care and maintenance.

Tim McCullen founded Window Gang in 1986 in Wrightsville Beach, North Carolina as a summer job. As the company gained clients, McCullen decided to franchise beginning in 1996. Window Gang has locations along the East Coast from Virginia to Georgia. The private company is based in Morrisville, North Carolina.

When Marjorie Marshall got her rug back from the cleaners, the color was faded and the rug damaged. Upset by the condition of her rug and the fact that no cleaners could guarantee safe upholstery cleaning, Marshall asked her husband if he could develop a process to safely clean carpets and upholstery.

CRC Concrete Raising of America is the world's premier concrete franchise opportunity as recognized by independent authorities throughout the franchise community.

Sir Grout franchisees offer grout and stone cleaning and sealing, caulking, sandless wood refinishing, and application of slip resistant materials for both residential and commercial customers. The company, based in Alpharetta, Georgia, was started in 2004 and began franchising in 2007.

While building homes in the early 1990's, Tom Harris founded Andy OnCall to provide handyman and remodeling services. The company began offering franchises in 1999. Franchisees manage contractors who perform everything from small handyman jobs to remodels.